skip to Main Content
Menu
ALERT: There are no alerts at this time. 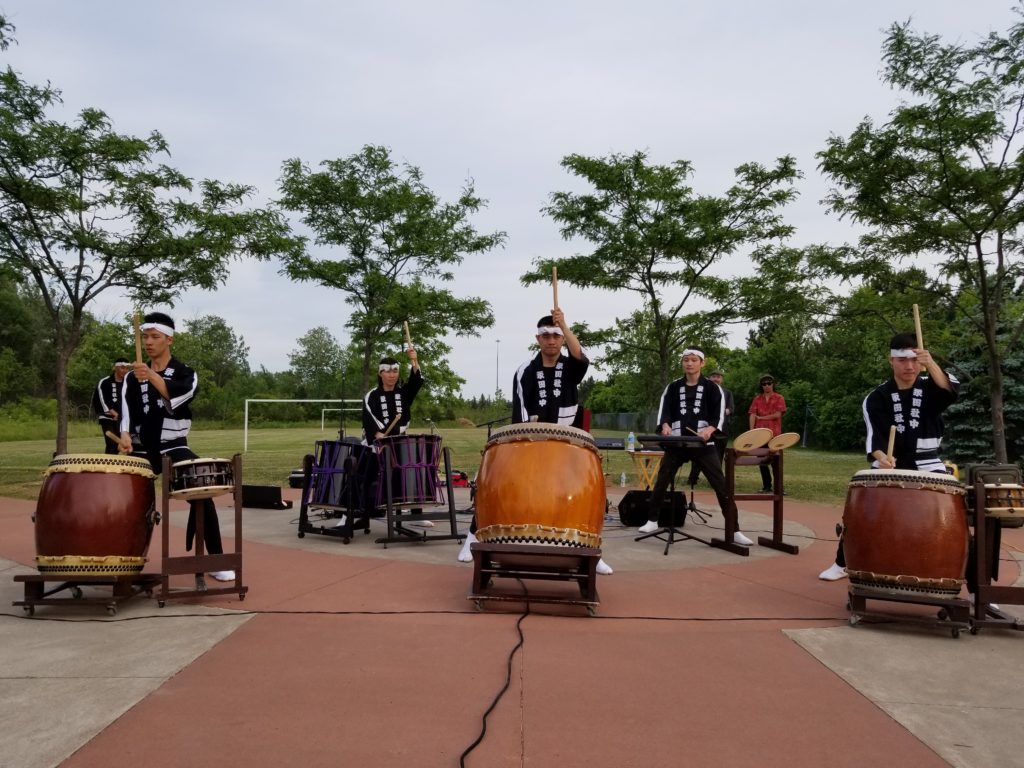 Pushing the boundaries of Japanese musical tradition while respecting its invaluable essence, Nagata Shachu takes advantage of this tension to produce astoundingly forceful and poignant compositions.

Artistic director Kiyoshi Nagata states, “In our 18th season, Nagata Shachu is excited to be celebrating new performance pieces and the official release of our new DVD ‘Toronto Taiko Tales’ in the area where the DVD was filmed, one of Toronto’s most ethnically diverse and culturally active neighbourhoods – Regent Park. The sound of the drum is a universal language that has the power to bring people together. It is our hope that our Taiko can play a positive role in the community, especially during these uncertain times.”

Our 7- member ensemble is based in Toronto (Scarborough). While rooted in the folk drumming traditions of Japan, the ensemble’s principal aim is to rejuvenate this ancient art form by producing innovative and exciting music that seeks to create a new voice for the taiko.

In addition to having recorded six CDs of original music and three live DVDs, Nagata Shachu produces our own annual concert where we premiere new works and often collaborate with guest artists.

Have an events listing you'd like to include? Add it here. It’s free!
ADD AN EVENT
© Copyright 2020 Toronto Arts Foundation. - All Rights Reserved. Developed by BFdesign Inc.